March has come in like a Lion The Roar of the Wind The Beauty of the Blossoming flowers that are fighting for survival with the chance that the last frost is behind us. Women’s History Month is here. March Madness, Spring Break and All of the Pollen  and Joy that March Brings without fail this month.

A MESSAGE TO THE YOUTH #PROTESTING 101

Greensboro Four on SPOTTVDr. Jibreel Khazan – Ezell Blair, Jr. and Joseph Mcneil, the Surviving Members of the "Greensboro Four" Talk about their Experiences when then were at North Carolina A&T State University on the Anniversary of The Day they Sat-In at the Lunch Counter in Greensboro, North Carolina. #GreesnboroFour #AandTFour #JibreelKhazan #JosephMcNeil #EzellBlair #FranklinMcCain #DavidRichmond #Aggies #CivilRightsLeaders 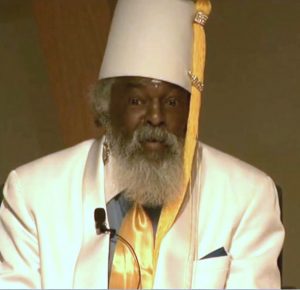 On a cold February Afternoon in 1960 in Greensboro North Carolina 4 courageous College Students Stood Up so We Can sit down and eat at Establishments around the United States. They did not do it for money, fame or recognition they did it because it was the Right Thing To Do.  57 years later there are 2 left. One original sit in participant is a personal friend of SPOT TELEVISION. He dances to a different drum. It takes a special soul to make change in history. I had a chance to speak with Jibreel this week. He had some things to share with the Greensboro Community. He was unable to make it today  or last due to circumstances beyond his control. He is in good spirits and good health and hopes he can make it to Homecoming. We need to support him and Joseph McNeil. Our Heroes have sacrificed so much.