To have your Product featured Here Contact SPOT TV 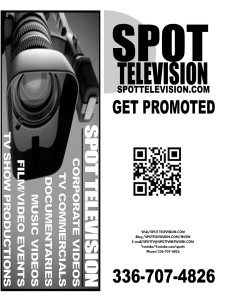